One of my favorite books is Catch-22

by Joseph Heller. In the book, the military insists that one of the characters, Doc Daneeka, is dead simply because his name was on the flight roster of an airplane that crashed, despite the fact that Doc Daneeka, himself, was standing right there insisting that he was not dead. But government paperwork does not lie, does it? Unless the government says it’s true, it’s not true.

Case in point – my local newspaper has a story titled: “Possible Tornado Strikes OC” – they have photos, video and dozens of eyewitnesses, but the tornado is still listed as “possible” because they are waiting for the government to tell them if there really was one or not. 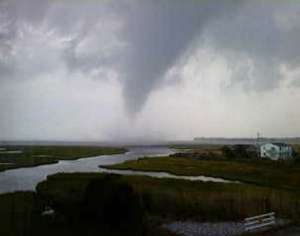 How pathetic have we all become? This just goes to show in a very obvious way how dependent we have all become on government and government agencies to the point of no longer trusting or believing our own eyes, ears or intuition.

Teaching Others How to Reverse Chronic Disease with Food

The pen is mightier than the sword ...unless someone is trying to stab you with a sword. Then, it's the sword ...definitely the sword.

We Got So Far To Go

Advice, Encouragement, tips and updates on all I know and believe. Creative Writer, Philanthropist, Website Consultant, and Independent Recording Artist . I have a need to learn as much about the world as possible.

Photographs from my world.

Service Industry Stories and More Since 2012

Every record tells a story

A Blog About Music, Vinyl, More Music and (Sometimes) Music...

Objects in blog are closer than they appear